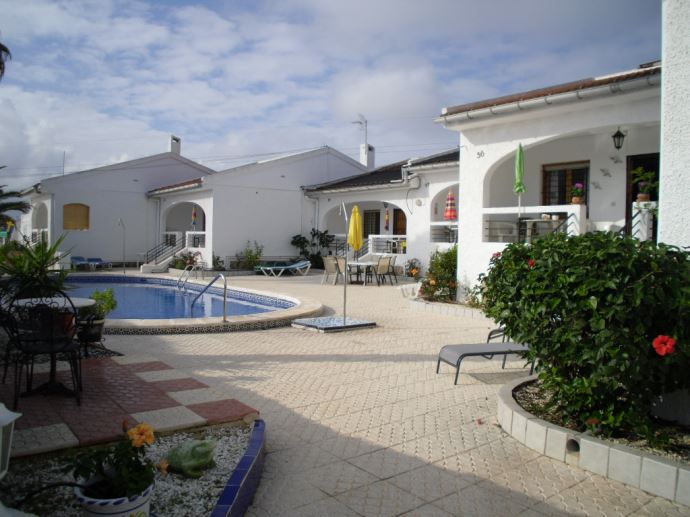 Snowbirds own six-terraced houses in Quesada. Each house has a living space of approximately 65 square meters. The houses are fully equipped for six people. All houses have a bathroom and are equipped with washingmachine, AC and TV with channels in English, Spanish French, German, Swedish and more.

Directly by the houses there is a swimming pool, which is for the exclusive use of our tenants. Usually the pool can be used from the end of April through to October.

The four houses in the middle have the same planning reversed to each other. They have two bedrooms, a kitchen,  a diningarea/livingroom and a bathroom.

The two houses farthest out are also reversed to each other but the planning is a little different from the other. They have two bedrooms a kitchenette, a livingroom and a bathroom. The livingroom can be separated by a drapery to an extra bedroom with a bedsofa for two persons.